Symptoms of Heartworms and effects on cat's health

Learn about the variation of heartworms in cats

Heartworms are a blood-borne parasite which is called Dirofilaria immitis. The infected parasite resides in the heart or contiguously goes into veins of infected cats. Female heartworm is 6 – 14″ long, which is approximately equal to 15 – 36 cm. They are 1/8″ broader, which is equal to 3 mm.

Heartworms in cats and dogs are spread through mosquitoes. In cats, they convey these parasites in the form of heartworm larvae. The severity of heartworms in the cats is directly proportional to the number of worms present in the cat’s body.

One of the most difficult and challenging parts of diagnosing heartworms in cats is that there are no authentic clinical signs that legitimately demonstrate the presence of heartworm disease in cats. However, it doesn’t imply that cat heartworm disease is absent.

Some unhealthy signs that may show the presence of heartworm infection in cats include:

In harsh conditions, a healthy cat may die because of large heartworms. Sometimes in severe cases, some cats are overwhelmed with respiratory diseases. In these cases, heartworm cat disease might be analyzed on a post-medical assessment of your cat. 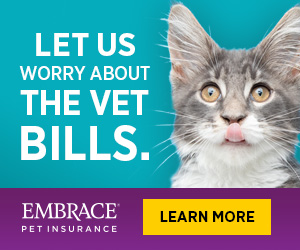 How can heartworms be transmitted to cats?

Do you know that almost 30 species of the mosquitoes act as a heartworm transmitter in cats? Well!

When a mosquito bites a cat, then suddenly, it injects the infected heartworm larvae right into your pet’s skin. The infected larvae at that point relocate and develop over several months. Eventually, in the end, it resides into the right side of the heart and along the way to pulmonary arteries.  When this happens, they develop into fully grown heartworms.

They can imitate around half a year from the time of the attack. Roughly eight months after the intrusion, cat heartworm starts to produce another group of microfilariae. They all will live in the cat’s blood for around one month. When this happens, most cats start indicating side effects of heartworm. After some time, the disease can become lethal.

The Good news for the cat’s owner is that reliable prevention methods to fight off heartworm for your pet do exist.

Some Veterinarians are strongly recommending that cats should take heartworm preventive meds every month. The reason is that mosquitoes are dynamic, lasting through the year, and they can harm your little cats all year long.

Because of the mosquito population in our society, they actively recommend that all cat owners should go for monthly heartworm prevention medication. You should also go for a routine monthly checkup if your cat shows any mild signs of this disease!

Purpose of this article is to provide information. To ensure the health and well-being of your pet, always consult any question or concerns with your veterinarian.

Did you find this article interesting? Share it with your friends!

How to Cool Down (and Possibly Save!) an Overheated Dog

How to Cool Down (and Possibly Save!) an Overheated Dog